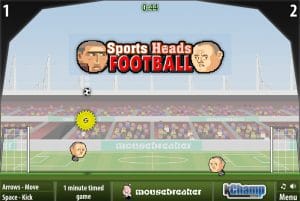 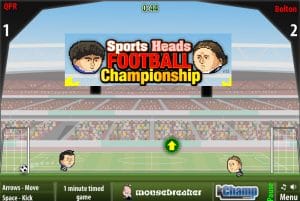 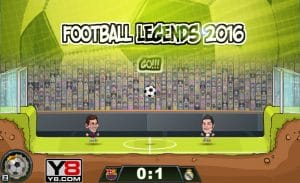 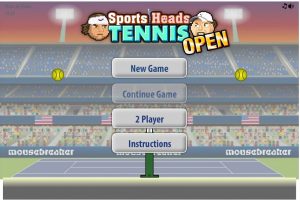 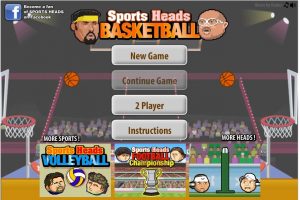 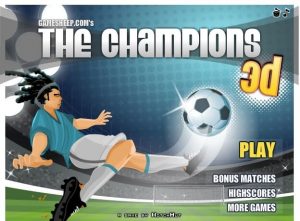 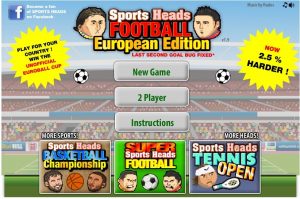 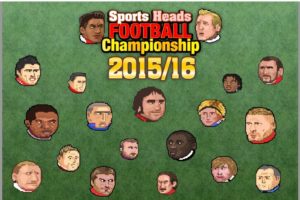 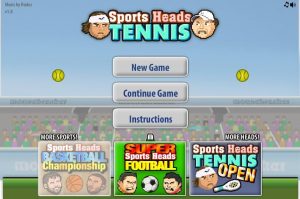 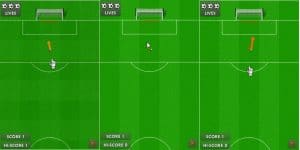 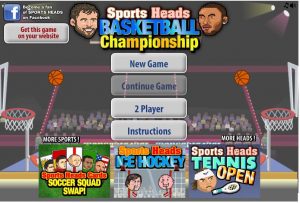 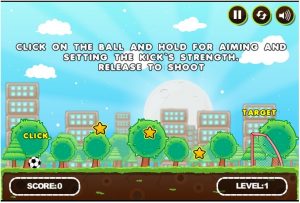 Welcome to the place where the ball begins to roll and fun begins by playing football games online. Be the hero you always wanted to be on the pitch; you can play like the greatest players in the world and win in the biggest stages of the game! All from where you’re sitting! Choose from the ever famous Big Head Soccer or various Soccer Championships, Penalty, Kickups or Physics our game types you’d be able to enjoy; here we have soccer galore including Big Head Football and everything you always dreamt of on a pitch. Are you tired of being just another face in the crowd? Do you want to know how it feels to be part of the beautiful game and live the lives of the stars? Then you can wait no more, since the mother of all pc games sites is here. At MegaSoccer.com you can play soccer games free all you want!

The fantastic pleasure that online gaming provides is simply vigorous. There are actually lots of online games on our website (as well as penalty ones and games for kids too!). A lot of websites these days are providing similar games in order to benefit from this game as it is the most popular recreation in the entire world. One of our personal favourites is the Sports Head Soccer Unblocked series – and we have the unblocked version as well of course. This type of Big Head Soccer games are very easy to play and you can literally can get addicted to it. Another trendy game is Stickman Soccer which attracts thousands of keyboard-athletes every week. Become virtual soccer legends while playing in the office or at school.

MegaSoccer can supply real entertainment and make you feel as if you are the one playing the game from the other side of the screen! Apart from quality free soccer PC games we also offer a good selection for other sport lovers too. Another fun game is Sports Heads Basketball game which also has a massive demand lately from fun-seeking players. As the latest tech progress spread in the world, these games just keep getting even better. There are essentially two kinds of these: the games that are of first one are those that can be played online directly in your browser while those that can be downloaded from the web are more sophisticated and are rarely free. So don’t waste your time anymore and dive into our world of soccer pleasure – our website is at your service!

Kill some office / school time with Soccer Heads Unblocked or if you are not here for soccer games because you just don’t want to play football games online and you are passionate about other sports – no problemo – we can showcase the best tennis an volleyball games too that are simple to play on PC. Just head onto the other sports games section and try Sports Heads Tennis Championship or do your best to only use 3 touches in Sports Heads Voleyball to drive the ball to your challenger’s court side.

Soccer Games Free for any age

Yes, to play ANY soccer game on MegaSoccer is totally free. You can access it from any device or computer, it is totally UNBLOCKED and you will not need to use any kind of VPN service or tricks to get it to work. Free games mean these online football games like heads soccer make great fun for children however our website does not only offer soccer games for kids but offers endless excitement for all ages and skill levels. You do not need to install any apps or download any strange software. Just pick a game and go!

About our soccer slots games selection

1. Soccer Safari Slot
This slot by Microgaming transports players to the African savannah, where they’ll get to see some of the world’s most popular animals takes turns kicking a ball around. The symbols on the reels include lions, zebras, giraffes, and more. There’s also a bonus game in which players can score big payouts by correctly predicting where the next penalty kick will be taken.

2. Top Trumps World Football Stars
This Playtech slot features some of the biggest stars in world football, including Cristiano Ronaldo, Lionel Messi, Neymar, and Luis Suarez. The symbols on the reels are all footballers in action poses, and there’s a bonus game in which players can choose their favorite footballer and watch them take on another in a virtual match. If their chosen player wins, they’ll receive a nice payout.

3. Football Fans Slot
This slot by Playtech is all about, you guessed it, football fans! The symbols on the reels include things like foam fingers, face paint, and vuvuzelas. There’s also a bonus game in which players can choose their favorite team and then watch as they take on another team in a virtual match. If their team wins, they’ll receive a nice payout.

4. Football Carnival Slot
This Playtech slot takes players to Rio de Janeiro for the biggest party on Earth – Carnaval! The symbols on the reels include samba dancers, drums, flags, and more. There’s also a bonus game in which players can choose their favorite team and then watch as they take on another team in a virtual match. If their team wins, they’ll receive a nice payout.

5. Shoot!
This Microgaming slot is all about the beautiful game of football – or soccer, as it’s known in some parts of the world. The symbols on the reels include things like footballs, cleats, goals, and more. There’s also a bonus game in which players can choose their favorite team and then watch as they take on another team in a virtual match. If their team wins, they’ll receive a nice payout.

All Win FC is a new Microgaming football slot that is sure to score with slots fans! This exciting game features plenty of bonuses and special features, including free spins, wilds, and a unique All Win FC soccer slot feature. The All Win FC slot machine also boasts an impressive jackpot of up to $250,000! With such massive potential payouts, it’s no wonder this game is already generating a lot of buzz. So why wait? Get in on the action today and see if you can All Win FC!

Super Striker from NetEnt is a high energy football themed slot with all the fanfare you’d expect from the beautiful game. Super Striker is a 3-row, 5-reel, 20-payline video slot featuring vibrant graphics, fast paced action, and plenty of opportunities to score some big wins. The symbols on the reels are all football related, and include boots, gloves, shirts, and trophies. The Super Striker logo is the wild symbol, and it substitute for all other symbols except the scatter. The golden boot is the scatter, and three or more scatters anywhere on the reels will trigger the free spins feature. During free spins, any wild symbols that land on the reels will expand to cover the entire reel. Super Striker is a fun and exciting soccer themed slot that is sure to score with fans of the beautiful game.

If you love soccer, then you’ll love soccer-themed slot machines. These slots are filled with all things football, from jerseys and balls to stadiums and players. And just like in a real match, there’s plenty of action and excitement. Whether you’re a diehard fan or just looking for a fun way to gamble, football-related slots are a great choice. Not only do they provide hours of entertainment, but they also offer the chance to win big money prizes. There’s more than one way to enjoy your favorite sport, so be sure to check out soccer-themed slots.

How can (slots) games capture the spirit of a football game?

Football fans know that the game is more than just a sport. It’s a way of life. Mainstream video games like FIFA capture the true spirit of football. From the passionate fans in the stadiums to the players on the field, every aspect of the game is brought to life in these games. Even the most die-hard football fans will find themselves getting lost in a good soccer game in front of the screen. And it’s no different when it comes to football online slots. That’s because these games capture the essence of what it means to be a football fan.

They’re more than just a way to score points or win championships or spin the reels. They represent a way to bring people together and share in the passion of the game. So next time you’re looking for a way to connect with your fellow football fans, pick up a copy of FIFA or have a lucky spin on your favourite soccer slot machine. You won’t be disappointed.