Gabriel Batistuta was an Argentinean football player, that played most of his professional career in Italy for Fiorentina. His nickname was Batigol, as he was very efficient at scoring goals with all possible ways.

Only with Fiorentina he scores 168 goals in 269 apps, a quite impressive statistic taking into consideration that Serie A (the Italian soccer league) is one of the most difficult for strikers. 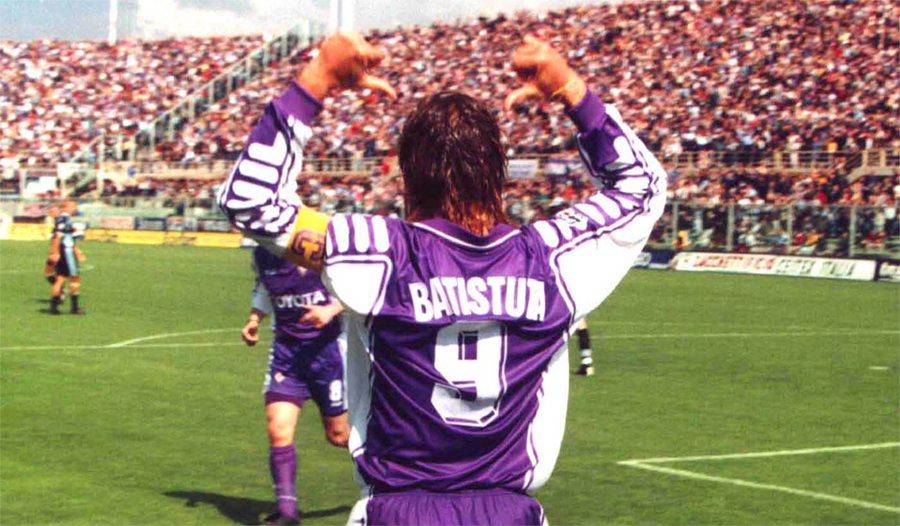 Batigol did very well with his national team as well. He scored 54 goals in only 77 appearances, proving again his clinical finish was able to convert chances to goals more often than not. His conversion rate is still one of the best in the history of football.

He had the honour to be a captain and no9 for Argentina. 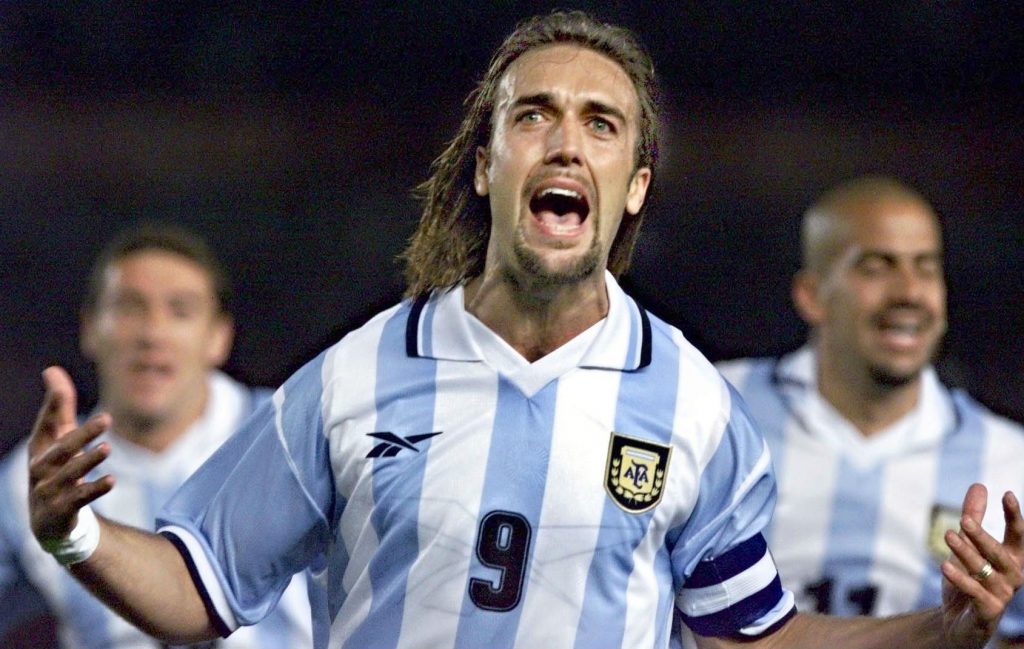 And we were honoured to watch him play.