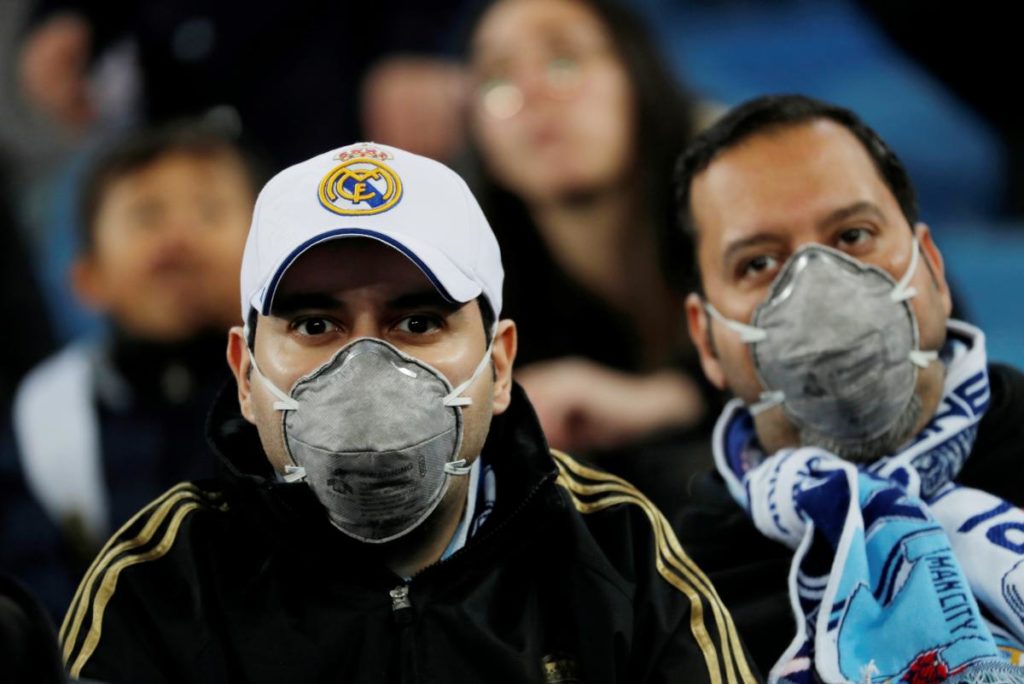 Remember when the Wuhan football team arrived in Spain before the whole corona virus lock-down, they landed in the country which is now one of the most heavily hit EU countries. The virus spread to at least 177 countries and regions around the globe since.

Before the pandemic hit Spain, the Chinese soccer team were staying at a hotel in Sotogrande, in Cádiz province of Spain where they remained until February 18. The health authorities of the Andalusian Government asked the locals to stay calm and not create unwanted panic because the players neither had the coronavirus nor have they been in contact with any infected person as they were in training camp 1,000 kms away from Wuhan where the COVID-19 virus was causing wide-spread issues.

This story seems like forever and a lot has changed with the international and national football scene.

Weeks later the tragic death of Francisco García was announced – he was the first deceased in soccer due to Coronavirus in Spain. Francisco was a coach of children’s divisions at Atlético Portada, just 21 years old. He belonged to a high-risk group, because he also suffered from leukemia, which he had been fighting for months and which did not allow him to overcome the Coronavirus.

Not long after, football officials issued a statement that the country’s top league would begin playing its games in stadiums without any audience which was going only for a short while until the government declared a national emergency and a full lockdown of the country.

What soccer leagues were suspended in Spain during the coronavirus epidemic?

La Liga: The LFP announced on Thursday March 12 the suspension for at least two weeks of the First and Second Division of Spain , which will imply the postponement of two full days of activity. On March 25 the authorities will meet again and decide if the conditions are in place to resume the calendar. All the rest of Spanish football, both male and female and youth, is also paralyzed.

Copa del Rey: The final of the Copa del Rey to be played by Athlétic de Bilbao and Real Sociedad was scheduled for Saturday, April 18, but on March 11 it was postponed until further notice . 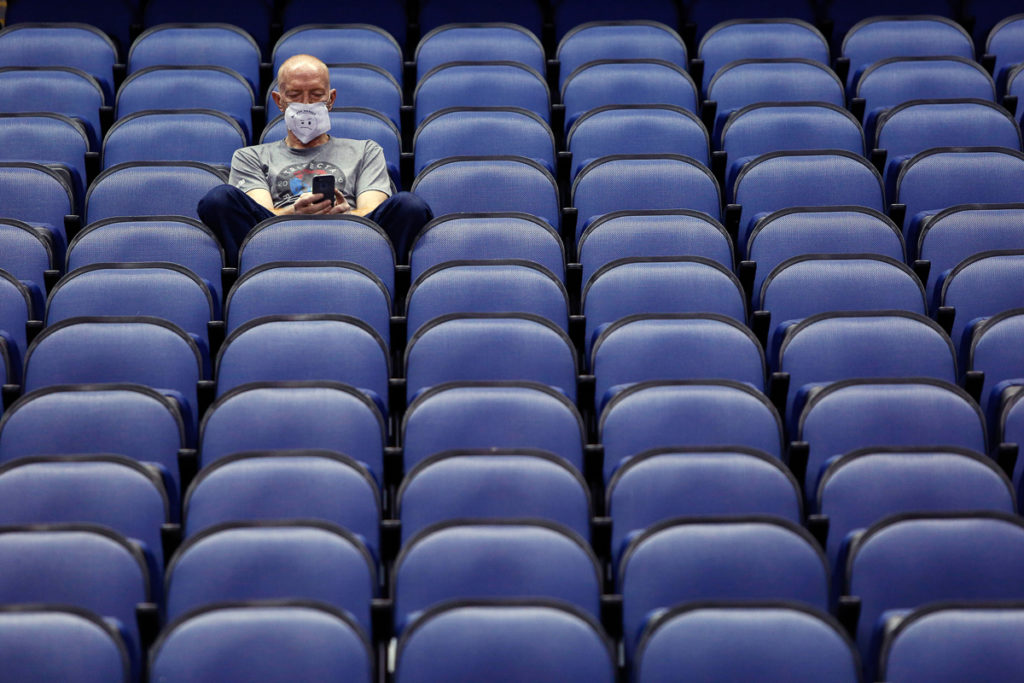 Messi and other Barca players donated part of their salaly to workers in the midst of the COVID-19 pandemic. The Catalan team made its sports facilities available to the Catalan Department of Health to contribute to the fight against Covid-19.

Futbol Club Barcelona announced that it will reduce the wages of its players with the aim of mitigating the economic effects caused by the coronavirus to ensure the team’s other employees will still be paid during Spain’s state of emergency.

According to the Catalan team statement, all the players including Captain Lionel Messi, as well as the support staff, will face a salary reduction during the quarantine period in which Spain finds itself since March 14.

La Liga commits to finish the championship before July 31

UEFA agrees with the ECA and the Federations that they will release the month of August for European competitions.

The roadmap set by UEFA for the return of football after the pandemic is taking shape after the meeting of the European body with the ECA and the employers of the different Federations, where it has been agreed that the leagues are committed to finishing the championships before July 31, as the SER network has advanced .

In this way, the plan drawn up by the continental entity for the dispute of the Champions League and the Europa League in August continues. Continuing with the information from the radio medium, the telematic meeting would also have agreed that if they had to finish the leagues in August they would be free on weekends for continental competitions.

Following talks with the Federations and the Association of European Clubs, UEFA’s executive committee will meet on Thursday to approve provisional dates for the return of European football , which will always be contingent on the evolution of the pandemic.

In Spain, the last word for the return of football will be from the Government.

At the next meeting of the continental body, it will also be studied which teams will be classified for the European tournaments next season in case of suspending the course, which in Spain has been very controversial . The RFEF recently approved that, if requested by UEFA, the Spanish League will respect current positions . The other option would be to choose the qualifiers for Europe using the UEFA coefficient.

The Higher Sports Council (CSD), La Liga and the Royal Spanish Football Federation (RFEF) work on the return of professional football whenever the health authorities allow it and have agreed to return to training, a fact that is subject, in in any case, the evolution of the COVID-19 pandemic.

After the meeting of more than eight hours that took place last Saturday at the Viana Palace, participants pledged to  dedicate part of the resources generated by the audiovisual rights of football to a rescue of the rest of the  federated, Olympic and Paralympic sports .

In addition, the presidents of La Liga and the Federation signed a commitment to create a  contingency fund of 10 million euros  – which other entities such as the Association of Footballers AFE will invite to participate – to  help the most vulnerable athletes . The global pact between the parties goes further.

The commitment of Spain to be a candidate for the 2030 soccer World Cup is maintained.

After the constructive conversations of the Palacio de Viana, it was agreed to write a code of conduct for football, applicable to all its managers, managers and agents, that can serve as a reference for other professional sports, and that allows for the strengthening of an honest and sincere dialogue and facilitates good relations between the different soccer institutions.

The parties also undertake to work together and in a coordinated manner abroad, to contribute to the reputation of Spain and to the strengthening of the image of the country in the sport. In this context, the Iberian candidacy for the 2030 soccer world cup takes on special importance, an event to which the Government will lend its full support, as soccer is essential for the outlook of the country. 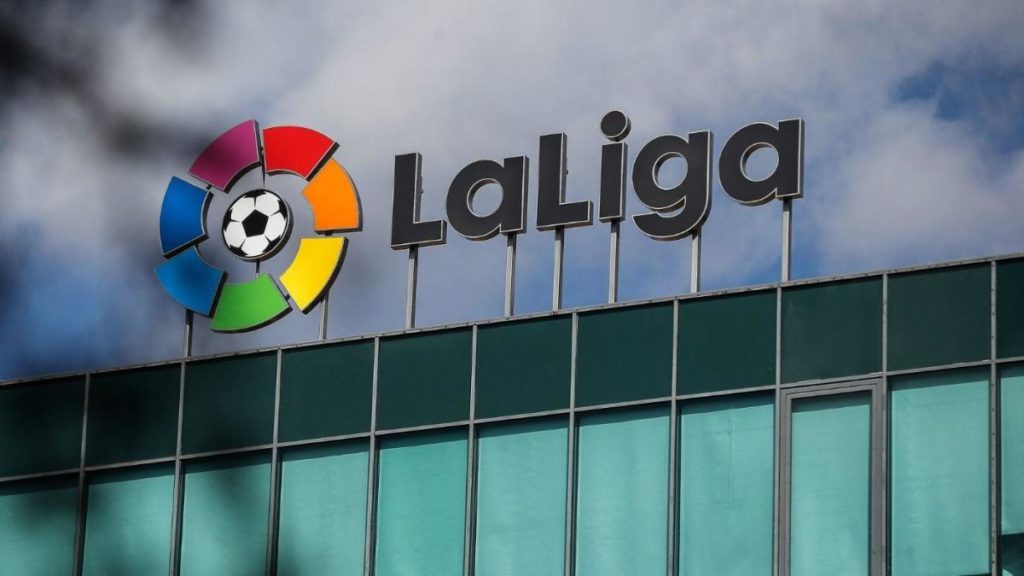 There will be a series of new protocols against the covid-19 pandemic, such as mandatory tests for all those involved in the preparations of tournaments to certify their health condition.

According to the COPE Network, La Liga requested the list of names of players, coaches and workers of each club to be submitted to the tests as of April 28.

The examination will be an essential step that all the La Liga teams must perform to begin projecting a return to face-to-face practices, according to the doctors of the first and second division teams in Spain.

Spain’s football could return in June

Spanish soccer has outlined the rough plans that are created to keep players and soccer staff members safeguarded when training and football matches resume.

The president of La Liga, Javier Tebas, and the president of the Royal Spanish Football Federation, Luis Rubiales, met for eight hours to map out a route that would allow the competition to return in mid-June. Luis Gerardo Bucci and Enrique Marqués bring us the details and measures that Spanish football would apply to return to the fields during the covid-19 pandemic.

It is expected that Spanish soccer teams could potentially return to training on either May 4th or May 11th and start preparing for the final 11 games.