You must be dying to play some football yourself between the World Cup matches and perhaps even during half-time commercial breaks. There are a bunch of cool mobile apps and PC games as well as the most high-end console football games that can keep you entertained.

You can find dozens of simple soccer games at MegaSoccer.com and we are going to review a couple of other options here too:

Play Worldcup 2018 Russia games in Stickman Soccer 2018 on your mobile.

The Stickman Soccer 2018 game is pure soccer fun on your mobile. It is the brand new and better than ever sequel to the award-winning Stickman Soccer series which has been played by more than 75 million users.

With Pro Evolution Soccer and FIFA already on mobile where does Stickman Soccer 2018 fit in the mobile soccer game selection of the year.

Let’s talk about what we liked about this game, first of all, holy soccer balls, this game is deep. You can play tournaments with your favorite national team or you can play club soccer with your favorite club team from various leagues around the world including the Italian, English, German, Mexican and American League you can play several seasons short or full and play a variety of soccer game nations.

You can even play a World Cup tournament which is perfect because it’s just began last week. I love that they have several games of the day that you can play so you can earn more coins to upgrade your team but you also win coins and bucks after winning every game at other modes.

The controls are super easy to master but at the same time you can pull off some really cool moves and they’re really intuitive it fits the arcade-like game played perfectly you can tweak them in the settings panel they provide a couple of options for you to do that in the settings you can also adjust the graphics from low to high and turn sounds on and off.

You can also play with your own music but our absolutely favorite part of this game is that you could completely customize your teams that play as in reality so even though this game is not FIFA certified you can adjust all the players names jerseys numbers as well as team logos to fit exactly what they are in real life while almost they are 3d stick figures so as close to real life as they could get lastly I like that you can play offline though it’s limited you can only play a quick game or practice. It’s also gamepad compatible so you wanna play it with one of those or one of these how about it all right.

Now let’s talk about what we don’t like about the game or what we feel needs improvement: honestly this is a really good game, although, I wish that they added a little more commentary to the game it doesn’t have to be crazy maybe a shout for a goal or when the ball goes out of bounds or there’s a corner kick where a near miss that would be really fun kind of along the same lines of virtue a striker from back in the day I wish the graphics were a little better even though I know they’re purposely not supposed to be amazing since their stick figures but I wish that the environments had a little more detail. Lastly, it would have been great if they had more stadium options.

Even though it’s a free game, Stickman Soccer 2018 is a super entertaining arcade soccer game well worth playing. Even though games like FIFA and Pro Evolution Soccer exist on mobile. This provides mobile gamers with an arcade soccer game so it definitely has a place in the iOS App and Play Store.

Perhaps it sounds a little unconventional but believe it or not a large percentage of (mostly male) population enjoys a little bit of thrill in the form of sports betting while the World Cup is on. Predicting the winner or the outcome of a single match is an exciting “game” and the prospect of winning is also not negligible. Enjoying a healthy amount of soccer betting is totally acceptable in many countries, you can do it online or in a betting office. 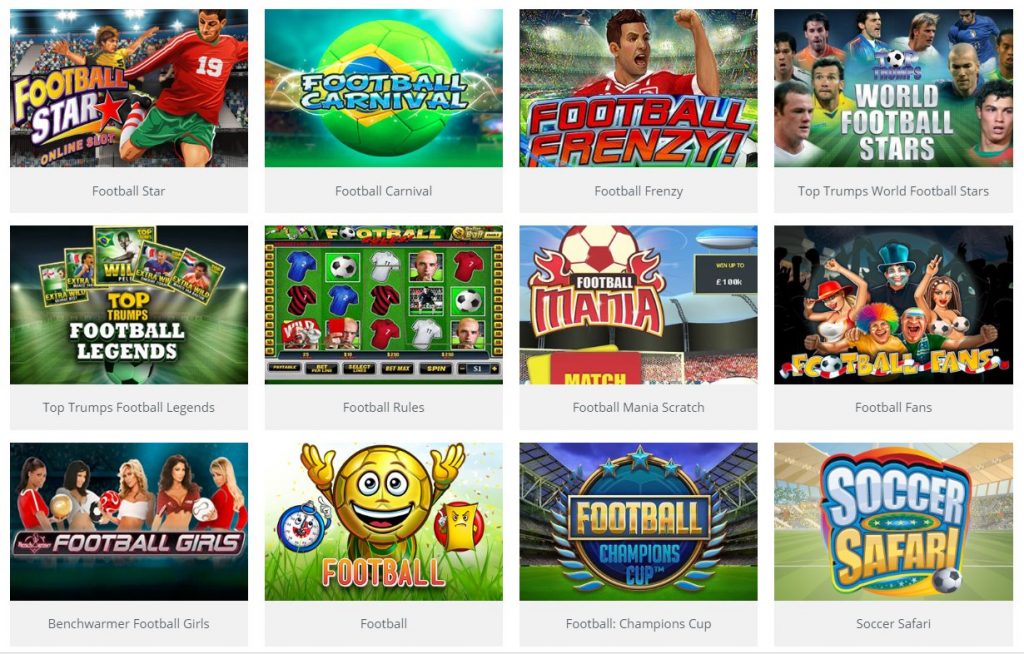 If betting on soccer games is not your thing than there’s an even simpler and more instant way of enjoying football themed wagering. There are dozens of quality soccer slots games available for you to try from several iGaming providers – a couple of good titles are: Soccer Safari (from Microgaming), the spectacular Champion’s Goal (from Elk gaming) and the unforgettable Football Fans (from Playtech).

One of the best soccer games for Android mobiles for years. The Soccer Star 2018 is easy to control, unlike other football games that you need hours of practice mastering the gameplay, here you just need to score goals with a flick of your fingers. The controls are simple for you to adopt, and the graphics pretty top-notch.

It’s an amazing free soccer manager game that encourages you to manage your own professional soccer career. Get scouted as a striker, midfielder or defender and receive renowned sponsors.

Play in the biggest competitions around the world. Played by more than 20 million people worldwide you will be in the best community of soccer players. Win titles with your team to grow as a soccer player. Fame, glory, money. Will you be able to handle the pressure and overcome any challenges that await you? Can you become the inspiration your fans are looking for?

Get the best agent, who will manage the money to increase your finances, hire your physical trainer, who will help your fitness optimized to be the winner as a real professional soccer player.

Score a bunch of goals, achieve fame and your loyal fans will follow you to the end game. Get rewarded by earning money to buy extravagant and luxurious stuff and become a football global inspiration. Shape your career by managing your ties with the fans, and the relationship with your teammates, coach and sponsors. It is the most complete soccer game you’ve ever seen!

This game is developed by Redvel Games a company who creates mobile games and they are based in Málaga, Spain.