FIFA is not the most prominent title when it comes to Esports due to its genre and nature of the gameplay. It is not particularly widespread and as mature as other Esports titles such as DOTA 2 and League of Legends.

In this regard, there are not that many opportunities for players to fly around the world and compete in the events on a regular basis. The prize pools for the current events are not that much eye-catching as well, which make it hard for new players to pursue a professional career in FIFA.

Regardless, it does not imply that the game developing company of FIFA did not do anything for the sake of its community at all. Over the past decade, EA Sports worked hard to improvise a creative, competitive environment for its football franchise, providing opportunities for players across the globe to showcase their hidden potential.

EA Sports introduced excellent opportunities for its player base of millions to earn a shot at making a name for themselves in the events such as Global Series. It is an ideal platform to differentiate between the casual football players and others who are enthusiastic about taking their game to the next level. FIFA Global Series requires a great deal of commitment and skills, letting players do something out of the box all the while pocketing some cash at the same time. 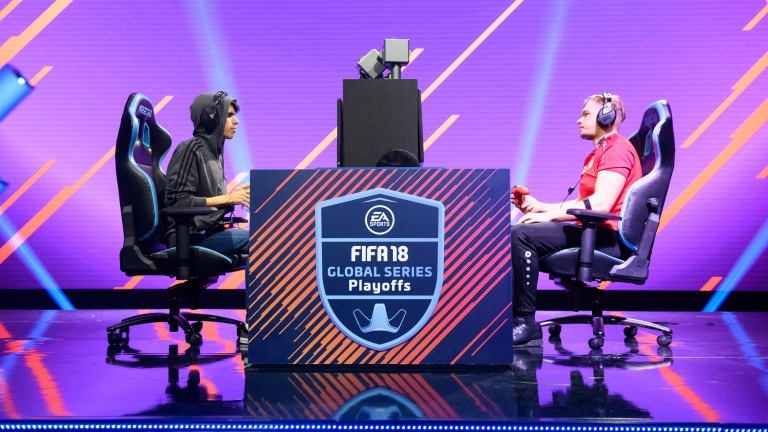 The basic requirements for competing in the FIFA Global Series is that the players must be over 16 years of age, and must have a legit Battlefy account and PSN ID/ Xbox Gamertag. Aside from a few African countries not yet eligible, players can participate in the event regardless of their location on the globe. The previous year, the players from Vietnam, Egypt, Uruguay, and Ecuador received their green card from participating in the Global Series. Only time will tell what more countries will be eligible for this year’s event. There is also a specific registration window that players must keep track of in order to not miss out on a golden opportunity.

After registration, competing at the Global Series asks for the player to become FUT Champions Verified. In order to earn this status, players must meet criteria of claiming a total of 27 or more victories in a single weekend in FUT Champions Weekend League before the fixed final date.

Suppose you are successful enough to do so. In that case, you will be eligible to make a presence on the Global Series Rankings as well as receive the invitation to compete in the Online Qualifier tournaments.

The Global Series is a chain of competitive events that judges the player’s potential in the entirety of its duration and opens up a pathway for worthy players that leads to the FIFA eWorld Cup. During the Global Series, qualified players compete across a series of competitions that offer FIFA ranking points as well as cash prizes. The ranking points is the main objective that serves as a basis for the player’s overall standing and determining their eligibility to participate in the FIFA eWorld Cup.

Few of the notable events as a part of FIFA 20 Global Series comprise of FUT Champions Cups, Licensed Qualifying Events, FIFA Majors, eMA Trophy Tournaments, and the eChampions League. All of these events offer a range of ranking points and often require players to undergo some online qualifiers as well to secure their slot.

Everything about FIFA eWorld Cup

The first-ever FIFA eWorld Cup took place back in 2004 and features 32 top FIFA players each year that showcase their potential across both Xbox One and PS4. Similar to real-life World Cup, the eWorld Cup comes with the group and knockout stages which leads to a gripping two-leg finale. The finale features two matches in total with one played across each console to rule out the possibility of unfair advantage between players.

During the eWorld Cup 2019, Mohammed Harkous aka MoAuba became the first German player to win the tournament. He took home a total of $250,000. Only the time will tell how much prize pool will this year’s FIFA eWorld Cup will feature, but the efforts being put into improving the FIFA experience for players is no doubt praiseworthy.

FIFA eWorld Cup links directly to the Global Series and so does the qualification procedure as mentioned above. After a season comes to close, the top 16 ranked players across Xbox One and PS4 receive an invitation to showcase their potential at the FIFA eWorld Cup. It implies that the Global Series serves as a solid foundation, and consistency across its events can earn you a golden chance to become a part of global-scaled FIFA tournaments.