The immense popularity of Rocket League has yet to witness a potential decline even though it came out back in July 2015. It appears to be going off the charts in recent times due to multiple reasons, out of which one includes the partnership between NBC and Rocket League Championship Series (RLCS) previous year. The tournament was streaming live on television as well.

Rocket League is a Sci-fi version of a blend between unique vehicles and soccer, published and developed by Psyonix. Initially, the game came out for PS4 and Windows alongside ports for Switch and Xbox One, eventually making its way to Xbox One, macOS, and Linux. However, in 2020, the online support service for Linux and macOS got dropped.

Ultimately, in September 2020, the game went free across all platforms and was removed from Steam at the same time.
The requirements and procedure to get into Rocket League are almost negligible, but the addiction you develop after giving it a try might not fade away for a long time. Although it requires a certain level of skills to get good at the game, it is not very important when comparing it with other skill-based titles like FIFA or Fortnite. There are no restrictions on who can and cannot play this addicting game, so you can dive right in and potentially fall in love with this one of a kind game at first glance. 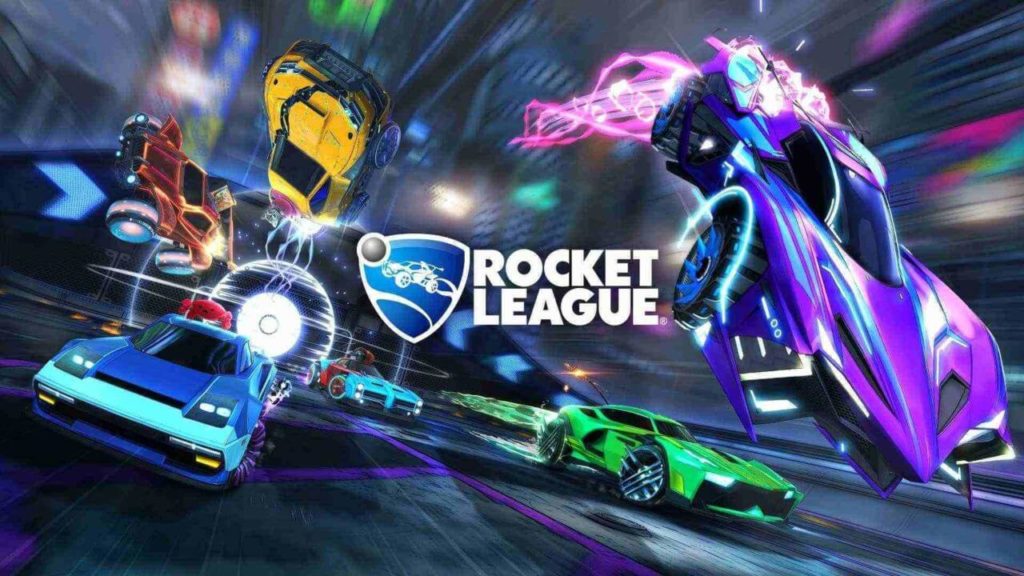 Unlike any other gaming incorporating soccer elements, Rocket League features two teams, which lets you assign a minimum of two players and a maximum of four players on each team. The game usually spans for five minutes in which players use their rocket-booster vehicles to hit the ball in the opposing team’s goals, all the while protecting their own goal. Each goal scored grants one point, and in case the scores are tied at the end of the timer, immediate death overtime shall be granted in which the first to score a goal gets declared as the victor.

Rocket League is not only restricted to driving on the ground, but you can also fly in the air and apply the speed boost, which can come in handy for closing the distance between your opponents and teammates alike depending on the situation. The speed boost only activates when your vehicle passes over the marked spots scattered across the playing field. It introduces a ton of opportunities for you to either rapidly cover the area or shift your momentum to strike the ball in the right direction. You can also charge straight towards the opposing cars and smash them, which results in them responding a few seconds later on a random location across the field.

Most of the action in the Rocket League matches happen in mid-air, so making fair use of boost can come in handy for striking the ball at the right time. You can also alter your car’s orientation while in the air and regulate your flight by applying boost in mid-air, which is an excellent strategy for outclassing your opponents during intense matchups. Similar to soccer, dodging in Rocket League is equally important as that of offensive plays. There is a quick dodge mechanic in the game which lets your car perform a tiny spin and jump in a given direction, which is crucial for better positioning against your foes or poking the ball.

Rocket League comes with both single-player and multiplayer modes in which you create a lobby and play with your friends locally or participate in ranked online matches for intense gameplay. Ranked matchmaking comes with a number of tiered ranks, which changes depending on your winnings and losses. It is a cross-platform game so that you can play together regardless of the device.

One of the recent updates lets you modify the rules according to personal preference and game modes that incorporate basketball and ice hockey themes. Players can also practice and work on their shortcomings in the Custom Training alone or with others by sharing across the same platform. Although the game is free, a premium option is also available, which players can use to boost the level up rating and improve your odds of unlocking items across specific tier levels.

There are many players unaware of the fact that Rocket League is a direct sequel to Supersonic Acrobatic Rocket-Powered Battle-Cars, which came out as a PlayStation title back in 2008. Although that game had many issues and not much support from the community, it set up a solid foundation for Psyonix to work on the loopholes and come up with a better sequel. As a result, Rocket League is much better in almost everything, whether it be graphics, gameplay, and even the overall presentation. It is also officially recognized as an Esports title with players worldwide competing in major events through Major League Gaming (MLG) and ESL, and the latest Rocket League Championship Series (RLCS). 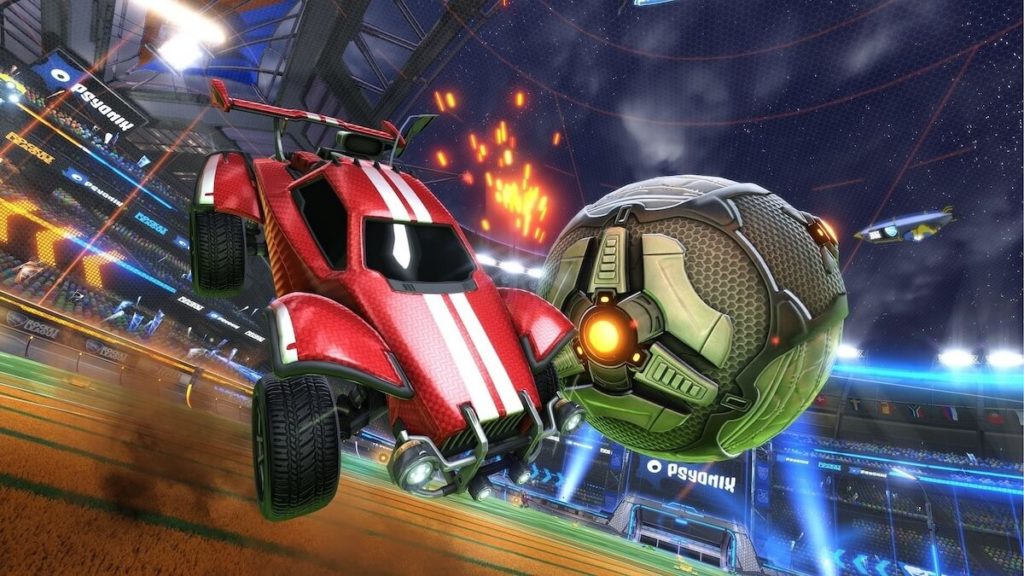 Where to Find Rocket League?

Although Rocket League is now free, it also got removed from Steam for PC players. It is now available on Epic Games Store, and all the players who get the game before October 23 will receive a $10 Epic Store coupon code that can be used to purchase any other game. There are also no requirements for subscriptions like PS Plus and Switch Online to enjoy the game. In short, all the new and former game owners will receive game updates and cross-play with no restrictions whatsoever.

There was also big news that came alongside the free-to-play update. It introduced a brand new competitive season going by the name Season One. The Rocket Pass and premium pass are also available for purchase. Furthermore, a new challenge system lets the new and existing players complete a wide range of challenges that come in three categories: weekly, seasonal, and particular event challenges. Players can also unlock premium challenges with the purchase of Rocket Pass. If you were looking forward to giving Rocket League a chance, now is the best time to become a part of the rocket-boosted vehicle community.